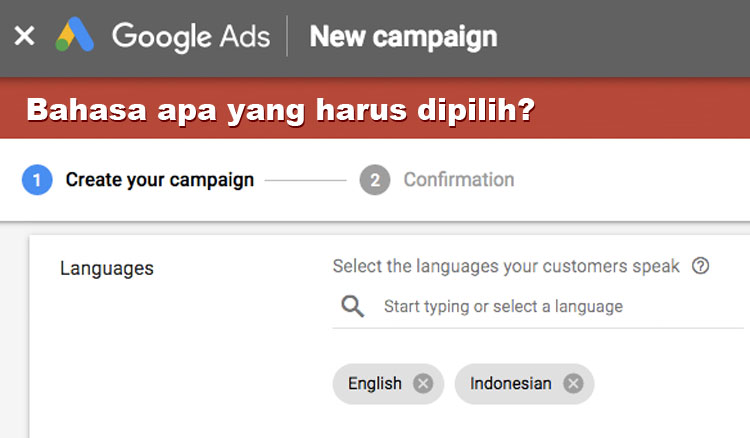 When advertising on Google Ads, there is a question: "Which language settings should be selected when defining the destination ad to appear to the user (user / viewer / consumer)?"

Some professionals say your ad will show to users whose languages ​​match browser, operating system or gmail account settings.

Is the Google Advertising Professionality Right? Yes, but there are additions. The following information from the direct Google ad guide:

Google Ads use different signals to understand which languages ​​the user knows and tries to show the best available ads in the language the user understands. These tags can include query languages, user settings, and other language messages such as those generated by Google's technology algorithms.

Saint understands English and Indonesian. Although the smartphone is set to Indonesian, other Google activities show that it also uses English. for example: many use search words in English, such as "buy online shoes". Therefore, it is eligible to see ads targeting English or Indonesian if the keyword matches.

Ads that appear on the Google Display Network

On the Google Display Network, Google Ads can crawl and see the language of a page or app that one sees or has seen just to determine which ad will appear. This means Google can detect languages ​​both from pages that they have seen before and from the pages currently being viewed.